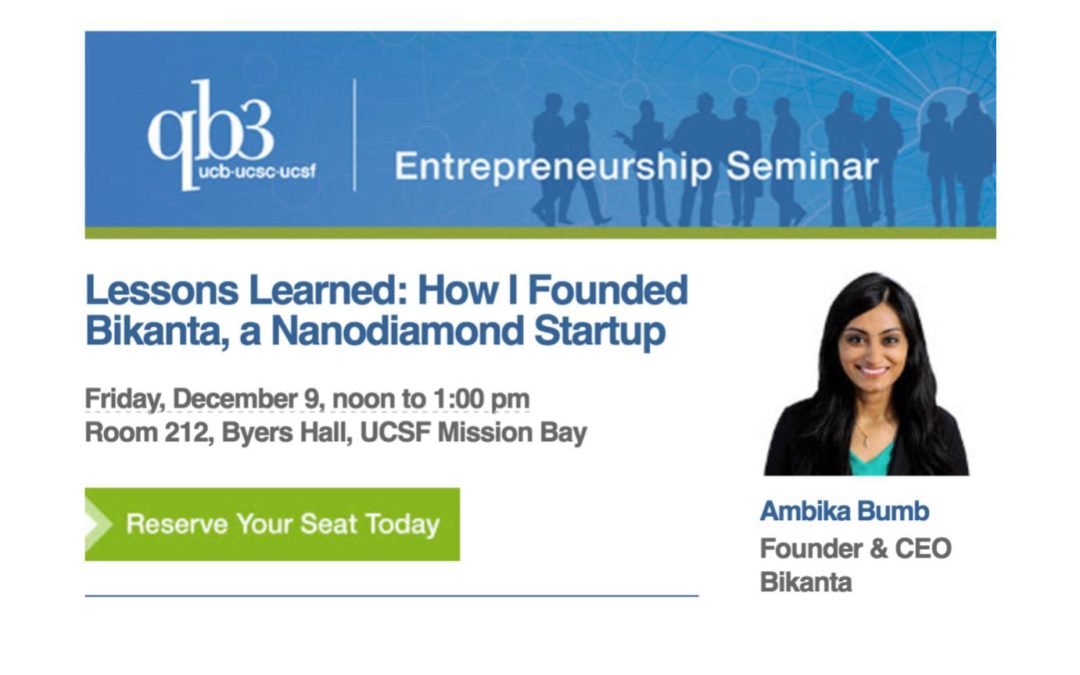 QB3 Invites Dr. Bumb to give a Lessons Learned Talk

Despite Bikanta’s steady success, there have been several obstacles along the way in creating Bikanta. Ambika spoke about some of the difficulties in transitioning from the academic setting to creating a biotech startup and lessons learned to an audience at QB3. Her five lessons learned were:

QB3, also known as the California Institute for Quantitative Biosciences, is a nonprofit research and technology commercialization institute spanning three University of California campuses in the San Francisco Bay Area: UC Berkeley, UCSF, and UC Santa Cruz. QB3's domain is the quantitative biosciences: areas of biology in which advances are chiefly made by scientists applying techniques from physics, chemistry, engineering, and computer science.