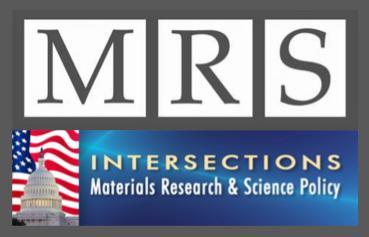 Bikanta's Instrumentation Engineer Dr. Roger York has an article published in the Material Research Society (MRS) Spring 2016 Newsletter. Founded in 1973, MRS now caters to more than 16,000 members and focuses on interdisciplinary collaboration across different scientific fields in order to advance research around the world. Read the feature below:

A Diamond is Forever—Redefining Optical Imaging and Diagnostics

The story of Bikanta—a Berkeley, California-based startup developing nanodiamond technologies for medical imaging, and in particular for cancer diagnosis and staging—is intricately tied to the United States federal government and the support they provide to fundamental, translational and applied scientific research. The story of Bikanta begins in Bethesda, Maryland, at the National Heart, Lung, and Blood Institute at the National Institutes of Health (NIH). There, while researchers in the laboratory of Keir C. Neuman were studying a particular biophysical problem, they recognized that the technology they were developing—nanodiamond imaging probes—had special properties that could be exploited to aid in visible-light imaging of tissues, which could be useful in cancer screening and staging. Current cancer screening is unable to effectively detect small breakaway tumors. The inadequacy to detect diseases such as this at the molecular level and the need to better study fundame­ntal biological pathways has led to a $4 billion market for optical imaging probes (OIP).  Significant technical limitations involving signal loss, high background interference and unacceptable toxicity have limited academic endeavors with conventional OIP dyes and quantum dots. Nanodiamonds are brightly fluorescent, stable, and non-toxic, solving the problems with current OIPs. Two key scientific publications were published in 2013-14, and these two papers formed the basis of the intellectual property that would form the foundation of Bikanta. The NIH was very supportive of moving this platform technology forward.  To translate the technology from the bench to the bedside (with an aim to focus on (1) specialized coatings to improve the stability and biocompatibility of nanodiamonds, in addition to (2) developing equipment and techniques to obtain background-free images of these nanodiamonds in tissue), Bikanta was formed by Dr. Ambika Bumb, a postdoc who led the research at the NIH and has now moved into the role of CEO.

Upon formation of the company, Bikanta faced a challenge that many—if not all-biotech startups have to deal with: the large amount of capital needed to do R&D and eventually launch products into the market. Fortunately, Bikanta was quite successful in raising a large seed round and then the next task became how to effectively use those funds to further the company along towards its goals.  So Bikanta turned to the Molecular Foundry at Lawrence Berkeley National Laboratories, a user facility supported by the Department of Energy. The Molecular Foundry provides two key pieces for Bikanta; (1) the infrastructure to perform synthesis and characterization of functionalized nanodiamonds, and, (2) interaction with the talented scientific team the Molecular Foundry has assembled to use and maintain such an infrastructure. Additionally, Bikanta is a member of the Bionanotechnology Center (BNC), which is a core facility of the California Institute for Quantitative Biology (QB3), an institute established by the University of California for fundamental, translational, and applied research in the biological sciences.

Nanodiamonds have unique optical, chemical, and magnetic properties that have been used by a variety of companies, both large and small, for a variety of applications. The use of fluorescent nanodiamonds for in-vivo imaging is a relatively new idea.  Fluorescent nanodiamonds (FNDs) are biocompatible particles with indefinite photo-stability that have emerged as promising bioimaging probes.  FNDs with negatively charged nitrogen-vacancy (NV - ) centers are superior imaging probes because they do not photobleach or blink, have long fluorescence lifetimes, and have other advantages.  Their fluorescence emission can probe deep into tissue with limited background signal from autofluorescence.  However, nanodiamonds are prone to aggregation in biological fluids, which causes a number of problems. To alleviate these problems, Bikanta applies special surface coatings to the nanodiamonds, which allow them to stay separate from one another in water. The optical properties of these nanodiamonds are sensitive to magnetic fields-by imaging them with and without the presence of a magnet, we can apply signal processing algorithms which reduce background and improve sensitivity and depth penetration in biological tissues. Preliminary results demonstrate more than 100 fold improvement over conventional techniques. The short term goals of Bikanta are to provide researchers with commercial supplies of these stable, magnetically sensitive particles for optical microscopy and other types of imaging. The long term mission is detect tumors and other tissues (such has lymph nodes) with high efficiency using nanodiamonds and imaging hardware and software that take specific advantage of the fluorescent nanodiamonds unique properties. To achieve these goals, Bikanta has assembled a stellar team that has now launched its first products on the market. The value added to society-through our products, employees, and community outreach, another pillar of our company culture-is high, and could only have been made possible through the support of the federal government. Thanks to NIH and DOE, the future of nanodiamonds is bright.