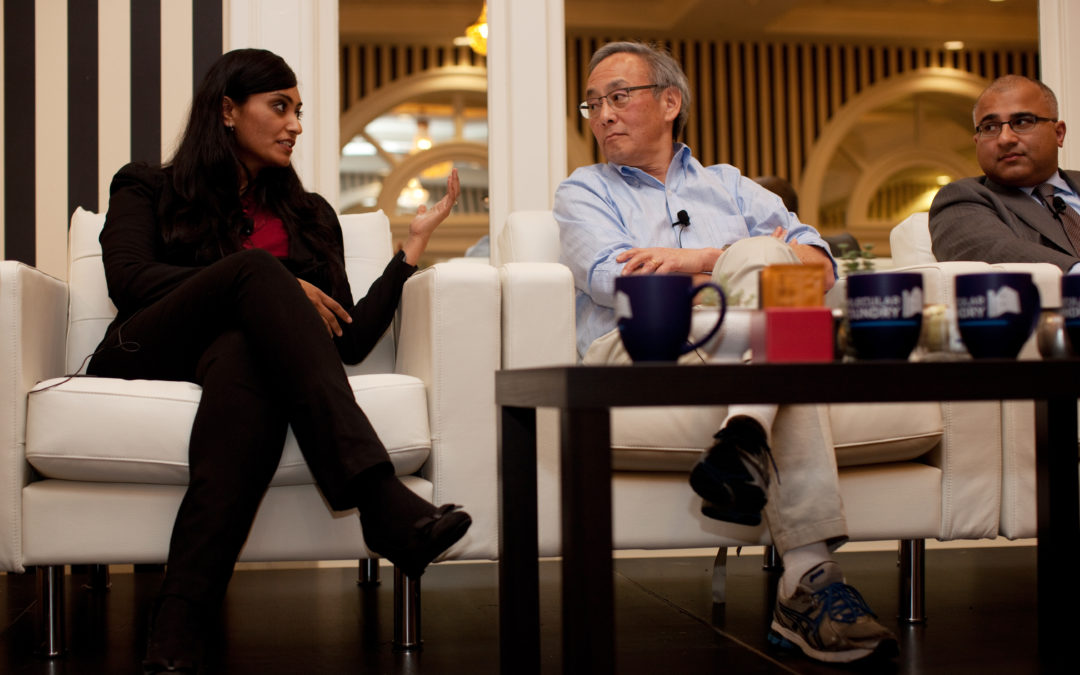 To celebrate 10 years since its founding, the Lawrence Berkeley National Labs organized a grand symposium highlighting the history and accomplishments of the Molecular Foundry, a DOE-funded nanoscience research facility that provides users from around the world with access to cutting-edge expertise and instrumentation in a collaborative, multidisciplinary environment. The seminal event was attended by a number of distinguished scientists and leaders, including nobel laureates and congressmen. To quote Congressman Mike Honda, who wrote the NANO Act that funded much of the nation’s nanotechnology academic endeavors, “This place is only limited by the imagination.”

One of the most captivating events of the symposium was the concluding panel that discussed the future of nanoscience. The panel featured former Berkeley Labs Director Paul Alivastos (5th among the world's 100 top chemists), Nobel Laureate and former Sec of Energy Steve Chu, Verily’s CSO Vikram Bajaj, and Bikanta’s own Ambika Bumb. Bumb’s ideas on the challenges and potential behind nanotechnologies such as nanodiamonds were heard by Congressmen Mike Honda and Congresswoman Barbara Lee as well as several notable scientists and leaders in the field. As seasoned professionals in the field, Alivastos and Chu are known for their long academic excellence in the technological sciences as well as from a policy standpoint. With Bumb and Bajaj’s small and large industry perspectives rounding off the discussions, the panel was able to synthesize each of their experiences and ideas to celebrate how far nanoscience has come while creating a new and exciting vision for the future.  This panel was a step forward for promoting advances in nanosciences both within the scientific community and in DC.For more information about the event, also check out the Molecular Foundry’s webpage and highlight video and ABC’s coverage.