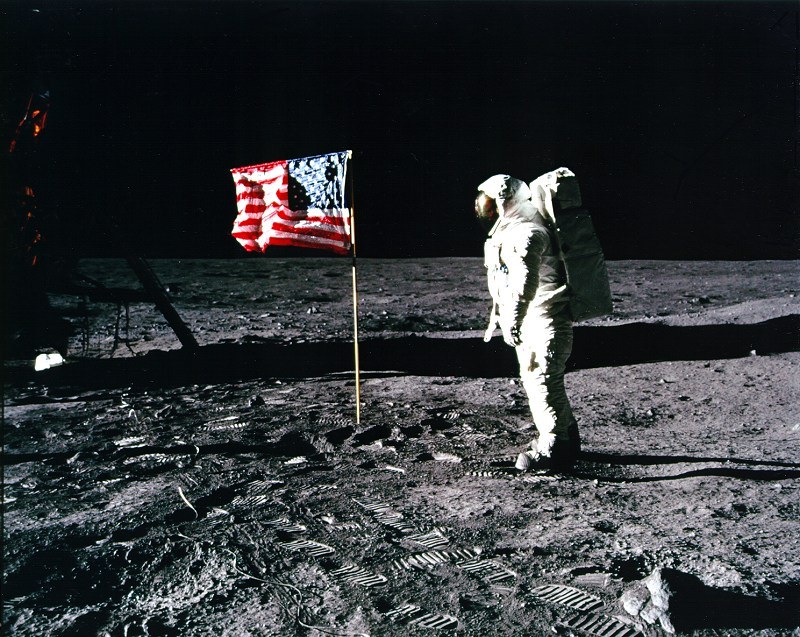 A Nano Step For Man, A Giant Leap For Mankind

Last month I was invited to join a couple of scientists for a visit to Capitol Hill to talk to our nation’s leaders about how innovations in nanotechnology are shaping the country today.

We spent the full day in a marathon of meetings with a number of key members of Congress, staff, and committee members, literally running back and forth through the maze of buildings on the Hill.

Besides gaining a solid appreciation for the skills needed to navigate through Capitol’s halls and underground tunnels, the visit inspired me to evaluate what is today’s public perspective about nanotechnology and what are the policy concerns.

Movies such as Fantastic Voyage, Honey I Shrunk the Kids, and Ant-Man are just few examples of how all things small have captured our imagination. “Nano” is afterall nothing new or any longer frighteningly unknown. If you have ever drank milk, sat around a campfire, or used natural kohl eyeliners, you have consumed nanoparticles.

A nanometer (nm) is a billionth of a meter. In the classic scale comparison, if a marble were a nanometer, then one meter would be the size of the Earth.

Today, the definition of nanotechnology is not simply the science or engineering of materials at the scale of 1 to 100 nm, but more inclusively, the range where size itself introduces new properties. A reduction in size can result in a decrease in melting point, new magnetic properties, and even large changes to color and electronic properties.

Take gold, for example. The color that comes to mind is the yellow gleam that women love to adorn themselves with. However, in the form of small particles it appears red and has been used for centuries in stained glass windows.

Understanding the properties of elements in respect to size introduces a third dimension to the 2D periodic table, unlocking a dramatic number of new materials and fundamental “building blocks”. Investigative inquiry at this nanoscale is inherently interdisciplinary, requiring cross-expertise in physics, chemistry, materials, and biology.

Today, nanomaterial innovations have made strides across every field imaginable, from particles that clean contaminated water (environmental) to nanotube‐infused clothing to protect against chemical weapons (defense) to localized treatment of brain tumors (medicine).

Indeed, I am fortunate to be the CEO of a nanomedicine technology developer that extends the hands of doctors and scientists to the cellular and molecular level.

The first seeds of interest in bringing effective nano-tools into the hands of doctors and patients were planted in my mind when I did undergrad research at Georgia Tech. That initial interest led to me pursuing a PhD at Oxford University to develop a tri-modal nanoparticle for imaging a variety of diseases ranging from cancers to autoimmune disorders.

My graduate research only served to increase my curiosity so I then did a pair of post-doctoral fellowships at the National Cancer Institute and the National Heart Lung and Blood Institute. When it seemed that I was a shoe-in for a life-long academic career, our technology garnered much attention and I found myself in the Bay Area founding the now award-winning Bikanta.

Reflecting back on my journey, it is clear that I wouldn’t have had this trajectory if our nation’s leaders didn’t value and fund research in nanotechnology a couple of decades ago.

Georgia Tech was one of the earliest receivers of nano-center grant funding, my graduate and post-doctoral studies involved resources from the National Institutes of Health (NIH) Nanomedicine Roadmap, and today my company is accessing the majority of its instrumentation through the Molecular Foundry, a Department of Energy (DOE) funded user facility.

Through the National Nanotechnology Initiative (NNI) and Nanotechnology Research and Development Act of 2003, our federal government has invested $20 billion in nanoresearch in the past 13 years. The return on that investment has resulted in 628 agency‐to‐agency collaborations, hundreds of thousands of publications, and more than $1 trillion in revenue generated from nano‐enabled products.

Given that medical innovations take a minimum of 10 years before they translate into a clinical product, already realizing a 50X return is an astounding achievement. Slowing down would be counter-intuitive from an academic and business perspective.

History has shown repeatedly how the United States has lost an early competitive advantage in developing high‐value technologies to international competition when commercialization infrastructure was not adequately supported.

Examples include semiconductors, advanced batteries for vehicles, and cement‐based construction materials, all of which were originally developed in the United States, but are now manufactured elsewhere.

From personal experience with leading centers around the world, I have observed the latest and most exciting developments in nanomedicine that will enable better disease detection and treatment. However, the United States risks its leadership in this area if the supportive ecosystem to enable its translation into commercialization isn’t there.

It is now time for a second era – NNI 2.0. A return to higher and sustained investment, the purpose of NNI 2.0 should be not just foundational research but also necessary support for rapid commercialization of nanotechnology. The translation of bench science into commercial reality requires the partnership of academic, industrial, federal, and philanthropic players.

When I moved from the renowned NIH on the east coast to the west coast to start Bikanta, one of the highest priority concerns was how we were going to develop nanodiamond technology without access to high-end characterization instrumentation to analyze the quality of our material. Purchasing all that equipment was not financially viable or even wise for a startup.

Trying to gain access to each individual instrument in different locations would be challenging and would slow R&D. In industry, time is money and very critical when aiming to achieve target milestones.

We were extremely lucky because our proposal was accepted by the Molecular Foundry, one of five DOE-funded nanoscience user facilities. While the Foundry primarily facilitates basic nanoscience projects from academic and national laboratory users, Fortune 500 companies and startups like ours also take advantage of its capabilities to answer fundamental questions and conduct proof of concept studies (~10%).

Not everyone has this kind of nano-heaven in their backyard. Hundreds of users (908 in 2015) come from 29 different states and 24 different countries to take advantage of the Foundry’s diverse multidisciplinary scientific expertise and resources.

Disregarding the dynamic intellectual community for a minute, there is probably more than $150M worth of instrumentation at the Foundry. An early startup would never be able to dream of raising a first round that large.

One of the factors of Bikanta’s success is that the Molecular Foundry enabled us to make tremendous strides in R&D in just months instead of years. More user facilities, incubator centers, and funding for commercializing nanotech are greatly needed.

While it was promising to see during my visit both sides come together to pass the Bipartisan Budget Act, what we need to be encouraging is increased support for nanoscience through the appropriations of that budget.

If federal funding for research led to 50X return in a surprising few years, supplemental support will compound that and make nanotechnology the champion story of how America secured its competitive advantage with investment in its own growth. Let’s usher in the era of NNI 2.0.