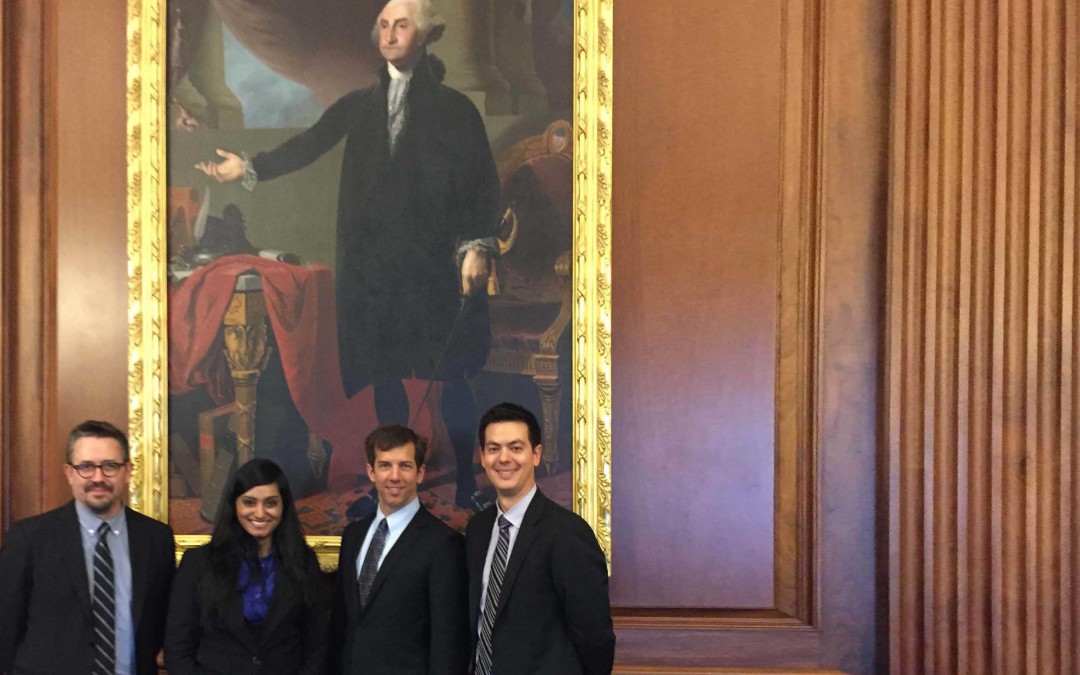 Bikanta’s Dr. Ambika Bumb joined UCLA Professor Chris Regan and Molecular Foundry Director Jeff Neaton for a visit to Washington D.C. to discuss nanoscience with key members of Congress and staff.  The advances in technologies ranging from medicine to electronics to solar that have resulted from the government supporting and funding nanoscience are vast.  While Dr. Bumb described the innovations at Bikanta using nanodiamonds for disease detection, Dr. Regan discussed novel methods to measure temperature at the atomic scale, the impact of which will lead more efficient computer processors. Both are users at the Molecular Foundry, a Department of Energy funded facility that was created as a result of the National Nanotechnology Initiative (NNI), the U.S. federal research and development program established to coordinate multiagency efforts in nanoscale science, engineering, and technology.

Following the visit, Representative Lofgren blogged about the meeting, as did Berkeley Labs and the Molecular Foundry.